Flyer commissioned by the University of Utrecht 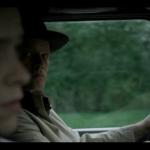 Scene from “Het Offer”, the latest film by Jaap van Heusden, featuring music composed by me in the background. 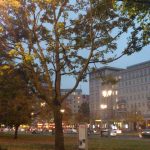 Just back from Berlin, spent some time wandering around the old Stasi headquarters. 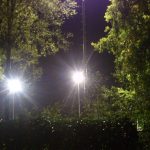 It’s great living in a world full of sound & to be immersed in music. Nothing like it, really, but you know. A wee compilation of the sounds that struck me these latter days. From Major Lazer to Bach by the way of Leonard Cohen and Amon Tobin.

Another friday-night chill-out edit. This one is made of parts from the BEATS AM KASERNE session, a trial for an industrial machine promo & the sylvestre’s story score. 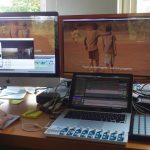 Entering the last phase of scoring Sylvestre’s Story, a 30min documentary on the civil war in Rwanda.

Friday night, headphones on, watching the sparse traffic go by, drinking wodka-lime. Slowly we’re moving into autumn. Still looking for a sound that is truly mine.